Special Report: How Can Legal Services Better Meet the Needs of LGBT Seniors?

The intersection of poverty and discrimination creates an array of unique legal needs for older LGBT individuals. A new Special Report by Justice in Aging, produced in partnership with Services and Advocacy for Gay, Lesbian, Bisexual, & Transgender Elders (SAGE), offers an overview and practical tips for legal aid organizations seeking to serve this population. The Report, How Can Legal Services Better Meet the Needs of Low-Income LGBT Seniors? is accompanied by a short video that highlights the diversity of the LGBT community and the gaps in equality its members face as they age.

Both the report and the video were made possible through the support of the Albert and Elaine Borchard Foundation.

LGBT older adults need to be aware of recent developments that change how Medicare and Medicaid work for them. First, the Supreme Court’s legalization of same sex marriage in all states changed how Medicare and Medicaid evaluate the eligibility of same sex spouses for both programs. Depending on the program and the individual’s circumstances, the changes can be positive or negative.  Additionally, Medicare has begun covering Gender Reassignment Surgery and issued new rules that protect transgender older adults from sex discrimination in healthcare.

Three new fact sheets can help consumers learn how these changes may affect them, whether they are LGBT individuals married to someone of the same sex, or transgender individuals needing to access health care. These fact sheets were produced in partnership with SAGE (Services & Advocacy for Gay, Lesbian, Bisexual, & Transgender Elders), the SHIP National Network (State Health Insurance Assistance Programs), and Administration for Community Living (ACL).

LGBT Older Adults in Long-Term Care:
Stories from the Field

Sometimes the most effective route to change is by sharing stories of impacted individuals. Back in 2009 we set out to do just that by surveying people across the nation regarding LGBT older adults in long-term care. We had 769 respondents to the survey: LGBT older adults, legal service providers, social service providers, family and friends of LGBT older adults, and others. The report offers personal anecdotes from the respondents, along with key findings and recommendations with the hope of provoking thought, raising critical questions, and compelling deeper research.

In June 2015, in honor of Pride, we re-released Stories from the Field and its accompanying video of well-known lesbian activist Phyllis Lyon talking about the struggles LGBT seniors in long-term care face (below), and outlining the path toward safety, dignity, and the right for all LGBT seniors to age as who they are.

Though the report features survey findings from 2009-2010, in much of the country, LGBT older adults in long-term care still lack adequate protections from discrimination and harassment. Our report was the impetus for the San Francisco Board of Supervisors recent unanimous approval of an LGBT Senior Long Term Care Bill of Rights –the very first of its kind in the nation. San Francisco’s Bill is hopefully a harbinger of large-scale, national LGBT long-term care protections to come. 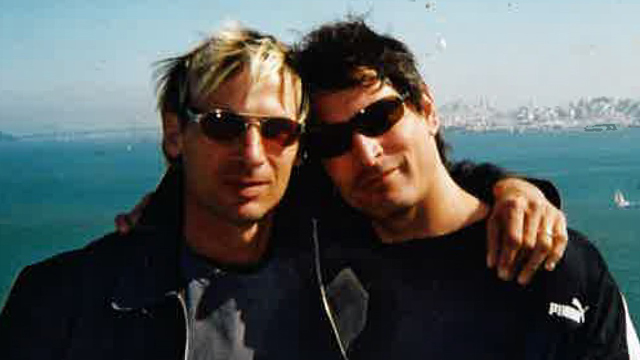 Stories from the Field is not our only work that has recently made a difference in the lives of LGBT seniors. We’re currently in the courts fighting discrimination against LGBT individuals on SSI married to a person of the same sex. Hugh Held has been married to his spouse Orion Masters since 2008 when same-sex marriage became legal in California. Unfortunately his legal marriage was not taken into account by Social Security when it calculated his SSI benefits. Even though he informed Social Security of his marriage three times, it took the agency over a year to begin recognizing his marriage when he suddenly received a bill for thousands of dollars in overpayments.

On March 10, 2015, Gay & Lesbian Advocates & Defenders (GLAD), Justice in Aging, and Foley Hoag, LLP today filed a class action lawsuit against the Social Security Administration (SSA) on behalf of Supplemental Security Income (SSI) recipients married to someone of the same sex in or before June 2013. The suit seeks to stop SSA from collecting overpayments from any married individuals whose marriages the agency failed to recognize when it should have by law. In June 2015, we learned that after we filed the lawsuit, the agency issued an emergency order to Social Security staff to stop issuing overpayment notices to individuals married to someone of the same sex. This is hopeful news, but it’s not permanent and it’s not binding so the lawsuit continues.